Hey Suga! Today I have the upcoming, Ladies of Warcraft Collection from a ‘new to me’ brand, Twisting Nether Lacquer (TWL).

TWL is a brand new indie nail company out of Lago Vista Texas. Kasi, brand owner and creator, has already to hit the ground running after years of experimenting and perfecting!! All the polishes are 5-Free (Dibutyl Phthalate, Formaldehyde, Methylene Glycol, Formaldehyde Resin, Camphor), Vegan, and Cruelty Free. You will notice most of the inspiration for the polishes come from my love for Sci-Fi, Fantasy, and Music.

The featured collection is inspired by the game, World of Warcraft, which Kasi has played for a long time. “It’s a very beautiful place and gives me lots of inspiration,” says Kasi.

The former Dragon Aspect of the green dragonflight, charged with keeping watch over the flowering wilds of Azeroth from within the Emerald Dream. Bound to this ethereal realm, she descended into an endless trance and became known thereafter as the Dreamer. She would later fight off the Emerald Nightmare and the corruption of her children.

A white crelly with various black and gold glitters and green shimmer and sparks.

A female bronze dragon often involved with mortal affairs. As a member of the bronze dragonflight, she seeks to maintain and restore various timelines of importance in Azeroth’s recent history. Chronormu’s preferred guise when dealing with mortals is Chromie, a charismatic female gnome.

The founder and former Lady of Theramore Isle (as well as its only leader during its brief existence), the Alliance’s major port in southern Kalimdor. After the destruction of Theramore, she took leadership of the Kirin Tor. She is the daughter of Grand Admiral Daelin Proudmoore, sister of Tandred Proudmoore and Derek Proudmoore, and the alleged half-sister of Finnall Goldensword. She is also the most powerful human sorceress on Azeroth. 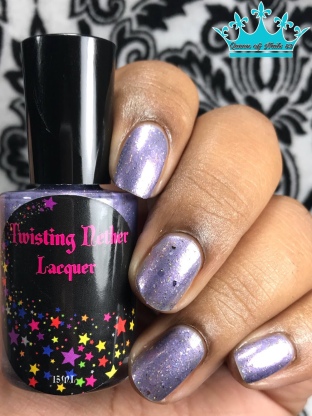 The most prominent night elf leader, as the chosen high priestess of the goddess Elune, the former general of the night elf sentinels, and the current head of the Sisterhood of Elune. Together with her lifelong mate, the Archdruid Malfurion Stormrage, she has represented the highest leadership of the night elves since the fall of Queen Azshara and the Highborne caste ten thousand years ago. In World of Warcraft, she is found inside the Temple of the Moon within the Kaldorei’s capital city of Darnassus.

Wrath of the Horde 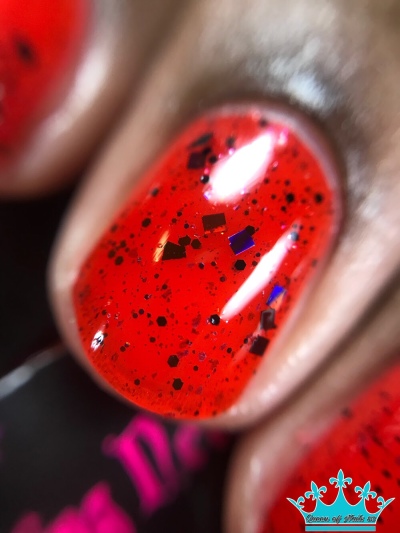 Wrath of the Horde – macro 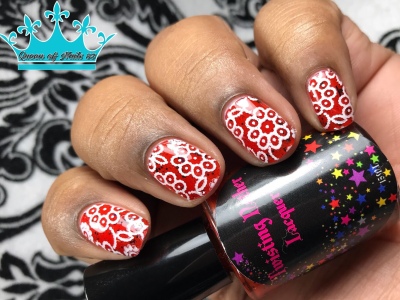 Overall: I’m personally no one for video games or Sci-Fi, but after these polishes, I question that…lol. Formula / Application: I did have to do a ittle coaxing with the flakies in Ysera to get them to lay flat. I have informed Kasi and she is adjusting before launch. Queen’s Choice: Chronormu

“My only fault is that I don’t realize how great I really am.” ~Muhammad Ali

Join me as I travel though this life of polish!