Today is the last day of the month. Anyone else feel like February lasted for ever? I’m not complaining because a lot of great things happened this month. Jason and I both hit a milestone at work and celebrated 10 years at our jobs, him on 2/20 and me on 3/3. Our middle daughter celebrated her 11th birthday and we had our 4 year wedding anniversary on Valentine’s  Day. Ahhhh… the memories…lol!

But is anyone else looking forward to March? I am! Daylight Saving begins on 3/11, St. Patrick’s Day on 3/17, First Day of Spring on 3/20, Palm Sunday 3/25 and Good Friday on 3/30… so many great things happening! If those holidays and calendar events weren’t enough to get your juices going then maybe today’s featured polish of the month (POTM) will do the trick!

END_OF_DOCUMENT_TOKEN_TO_BE_REPLACED

Hey Suga! I am so excited to finally be able to show today’s featured duo. Literally the swatches have been sitting on my phone for about a week. But before we get to the swatches, I thought a fun history lesson was appropriate to learn a little more about St. Patrick’s Day.

Saint Patrick is the patron saint and national apostle of Ireland and is credited with bringing Christianity to Ireland. Saint Patrick’s Day has come to be associated with everything Irish: anything green and gold, shamrocks and luck.

St. Patrick’s Day is celebrated on March 17th, the day that St. Patrick died. Since the holiday began in Ireland, it is believed that as the Irish spread out around the world, they took with them their history and celebrations. The biggest observance of all is, of course, in Ireland. With the exception of restaurants and pubs, almost all businesses close on March 17th. Being a religious holiday as well, many Irish attend mass, where March 17th is the traditional day for offering prayers for missionaries worldwide before the serious celebrating begins.

In American cities with a large Irish population, St. Patrick’s Day is a very big deal. Big cities and small towns alike celebrate with parades, “wearing of the green,” music and songs, Irish food and drink, and activities for kids such as crafts, coloring and games. Some communities even go so far as to dye rivers or streams green!

Now that I’ve gotten you into the St. Patrick’s Day spirit, how about we see the new duo from Painted Polish?! The ‘St. Patrick’s Day Duo’ features two limited edition polishes; ‘Shamrock Your World’ and ‘Here to Paddy!’ The Duo launches Thursday March 1st at 6pm PST.

END_OF_DOCUMENT_TOKEN_TO_BE_REPLACED

As an 80s baby, growing up in the 90’s was a piece of cake compared to what these kids today have to endure. We had better music, TV/cartoons, fashion, dance moves…you name it! Although my kids would beg to differ, I had it a lot better than they did…lol. In my day, we went outside to hang out with friends. None of this Snapchat or IG or Facebook. If you wanted to talk to someone, you picked up a land line, normally attached via a cord, and dialed 7, which turned into 10 numbers, you asked to speak to whomever and the conversation carried on from there.

And don’t even get me started on music and tv! Seriously? Full House? Saved by the Bell? Fresh Prince of Bell Air? And who didn’t have a poster of their teen crush hanging from their wall, I sure did.

But I guess as I would call the 90’s a decade to remember, my parents would say the same about theirs. My dad was born in the 50’s and my mom in the 60’s would surely debate their ‘good ole’ days’ against mine.

Nevertheless, the 50s, 60’s, 70’s, 80’s and 90’s all had something special to offer and Crazy 4 Crellies and the Retro Rewind Lounge Facebook groups joined forces and are proud to present the March 2018 Retro Rewind Crelly Crate. This collab is all about the decades past, revisiting fond memories and making new ones through the power of polish.

This crate features Parrot Polish, Dollish Polish, Polish ‘M, Ms. Sparkle and Supernatural Lacquer all delving into a decade, and what they’ve bottled up is nothing short of fantastic! Hip! Groovy! Cool! Totally rad! (well, you get the idea

END_OF_DOCUMENT_TOKEN_TO_BE_REPLACED

Can I be honest here? When I was younger, like in middle and high school, I was never much of a ‘reading’ kinda person. In school, I didn’t like reading because the required books were so boring and uneventful. I then would have described myself as more of a watch and do kinda gal.

Buuuuutttt, I have to admit, now that I can read what I want, I love it! I love relaxing in a world of mystery, drama, romance, adventure and comedy with a cup of tea; getting lost in a great story line and characters I can connect with. Next thing I know, I’ve lost all track of time and I’ve finished a great novel within a days time.

All that said, the March theme for polish pickup is not only stellar polishes but educational too. Yep you guessed it, it’s books!!! The markers featured in today’s post have pulled out all the punches to bring you unbelievable beauties.

END_OF_DOCUMENT_TOKEN_TO_BE_REPLACED 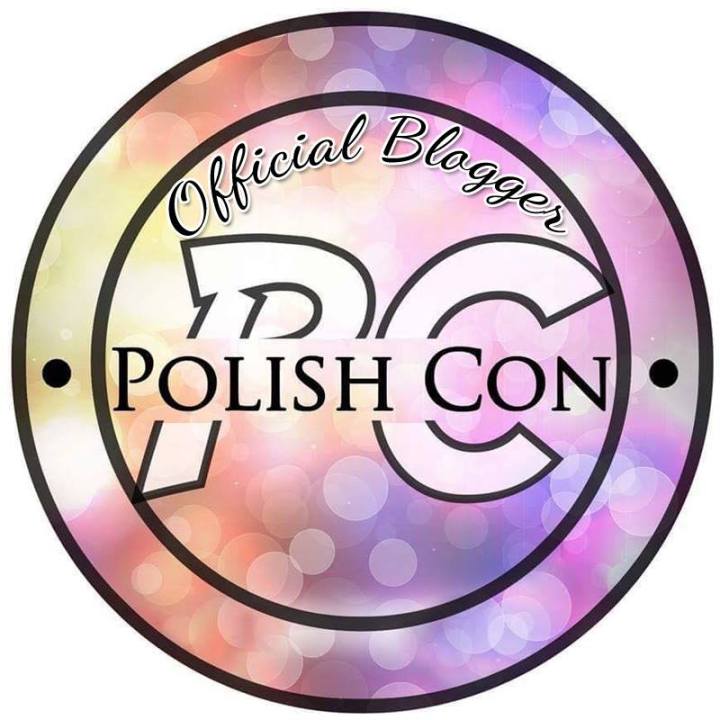 Hey Suga! It’s officially time to buckle up buttercup and get ready for another amazing journey as we take a little trip on the Road to Polish Con (RTPC) New York Spring 2018!!!

Many of you may be familiar with the RTPC setup and how things work, but if this is you’re first road trip, let me fill you in. Each week, myself along with notable swatchers and bloggers will bring you 2-3 polishes created by the makers that will be featured at the culminating event… Polish Con! In layman terms, that’s 11 weeks, starting 2/25 thru 6/2, of polish for a grand total of 24 guaranteed beautifully created custom polishes created just for 1 spectacular event!

Polish Con itself will be held, June 16th, 2018 at the Crowne Plaza Hotel in White Plains, New York. Tickets will go on sale April 7th and will be available in 4 ticket categories (join the Polish Con Facebook Fan Group for more info and details).

Tickets can be purchased through EventBrite and a link will be listed when tickets become available. Any questions comments or concerns can be directed to Miranda Kraft by email at miranda.kraft@thepolishconvention.com

Our first RTPC stop bring us Ever After, Inspurrrations and Pepper Pot Polish.

Oh, one thing I want to mention that’s s little different this year, is that each reviewer will have a unique code to be used by you at check out!! This will get you a free bonus i.e. nail glitter or some other nail goodie! So please use AND share my code QUEENOFNAILS

END_OF_DOCUMENT_TOKEN_TO_BE_REPLACED

Good day, Suga! No matter what time it is or where you are, I do hope this post finds you well. Before we dig into today’s featured collection and custom, I have to share a bit of personal info.

Yesterday, Jason and I went to Parent Night for incoming 6th graders. My baby, my oldest daughter and my middle child, Xylana just turned 11 on the 18th. I can’t believe in a very few short months, she will be leaving elementary school and entering the halls of middle school. I think I may be taking the entire month of September off just to deal. So I say all that to say, pray for me.

Today’s featured collection and facebook custom come from the brilliant minds of Ever After. Rachel and Miranda, have created a 6 piece collection inspired by OPALS!!! And the Yellow Polish Lover Facebook Group Custom is… well… dabomb.com! There are a few things I must hip you to before:

Now without further delay, let’s get this party started! Enjoy…

END_OF_DOCUMENT_TOKEN_TO_BE_REPLACED

Hey Suga! Today I have the upcoming, Ladies of Warcraft Collection from a ‘new to me’ brand, Twisting Nether Lacquer (TWL).

TWL is a brand new indie nail company out of Lago Vista Texas. Kasi, brand owner and creator, has already to hit the ground running after years of experimenting and perfecting!! All the polishes are 5-Free (Dibutyl Phthalate, Formaldehyde, Methylene Glycol, Formaldehyde Resin, Camphor), Vegan, and Cruelty Free. You will notice most of the inspiration for the polishes come from my love for Sci-Fi, Fantasy, and Music.

The featured collection is inspired by the game, World of Warcraft, which Kasi has played for a long time. “It’s a very beautiful place and gives me lots of inspiration,” says Kasi.

END_OF_DOCUMENT_TOKEN_TO_BE_REPLACED

Hey Suga! Today I have 2 of the newest polishes currently available from EA Polish, Queen and Never Give Up. If you’re not familiar with this brand, I highly encourage you read my interview I did with brand owner, Ellyse and check a few more polishes I reviewed here, here and here.

In addition, to sharing her amazing polishes, I have to spill the beans and let you know that I can also help you save 15% on your order. Here’s how! As a brand ambassador, I was given a special code to share with all my friends…that’s you! Use code KRYSX15 at check out and see the savings add up. IT’S THAT EASY!!! Now aren’t you glad you stopped by? Helping you save, is my middle name!

Now let’s get this party started and check out the polish. Enjoy…

END_OF_DOCUMENT_TOKEN_TO_BE_REPLACED

Hey Suga! Happy Love Day to you and Happy Anniversary to me!! Today my hubby and I celebrate 4 years of marriage and it’s been the best 4 years of my life. And to think, it’s only the beginning.

Today I have some of the newest polishes from Nail Social Nail Brand (NSNB), and #spoileralert, they are super cute!

END_OF_DOCUMENT_TOKEN_TO_BE_REPLACED

Hey Suga! You know what I love about nude, neutral, taupe shades? They are such a palette cleanser for those times you want to have something on your nails but just not sure what direction to go in. What I love about them even more is that 1) they are always office appropriate and 2) they are so versatile. Taupe is a must shade in any collection! Be honest, not to get too personal, but among those polka dot, stripe and hot pink unmentionables, I’m sure you have the basic colors, black, white and TAUPE!!! Same concept when it comes to polish.

Today I have the new Painted Polish Collection, Shades of Taupe. The collection features 5 different polishes within the taupe color family, each with a different finish! There’s something for everyone!

END_OF_DOCUMENT_TOKEN_TO_BE_REPLACED

Join me as I travel though this life of polish!